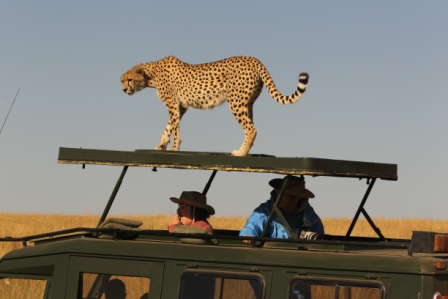 The big cats are always the biggest draw on any safari and this cheetah was so accustomed to being the star of the show she even leaped up onto a neighbouring car to use it as a lookout post. 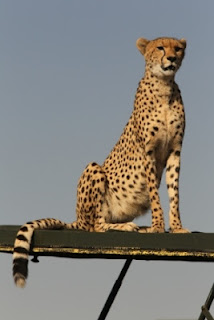 She looked stunning against the blue sky and was so at home she eventually fell asleep up there! It meant the people inside had to stay put until she woke. 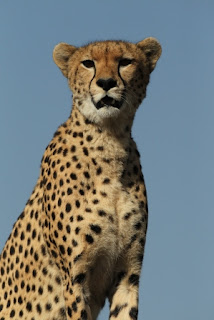 We saw her several times, including watching her hunt. She had just one cub to feed and I managed to get this cute photograph of it on another day. 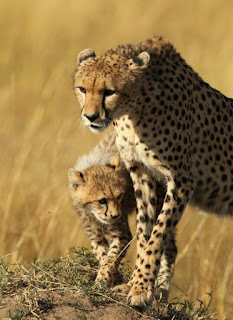