The making of an underground hide.

The pipes have arrived for the tunnel I'm making so that I can get from the house to a new hide without being detected. 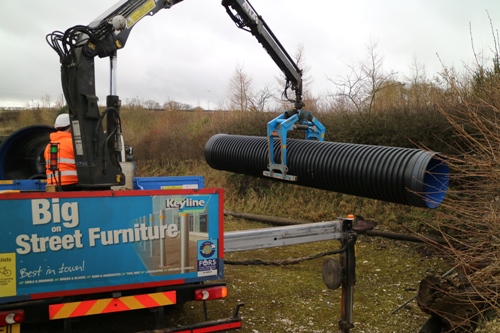 It is going to run from my back door along the side of the house into a hide opposite where my stoats appear so that I can get out and be at eye level to photograph them without disturbing them. 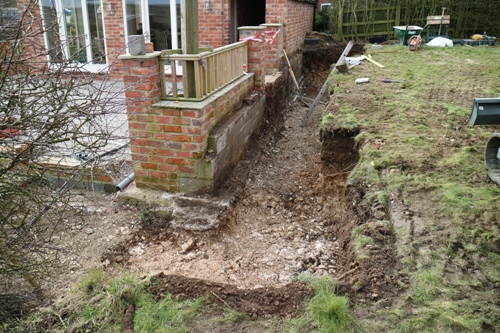 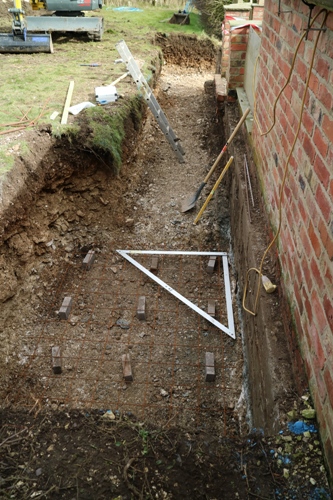 It's turned out to be a big project - not sure the family are that keen on the disruption to the garden! 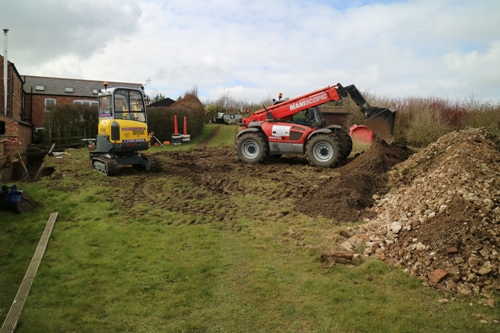 Email ThisBlogThis!Share to TwitterShare to FacebookShare to Pinterest
Labels: a tunnel from house to stoats, building a hide, living with a wildlife artist, wildlife artist

An egg-rolling stoat for Easter

Egg-rolling is an ancient Easter tradition, but who knew stoats did it too!! Watch as this stoat nudges an egg down a hill, negotiating a old log and off to its secret stash.

Well, actually I have seen them rolling eggs before, but only wild pheasant eggs. I wanted to see if I could get one to roll a hen's egg for Easter so I left one out for it in the garden. At first it was cautious and just bounced around the egg, investigating.


But later that night it returned. I filmed the moment the stoat appeared from behind a branch and cautiously approached the egg. Then it recoiled its neck, as if in surprise, before returning to examine it and then gently nosing it across the grass.

The stoat rolled the egg across the garden and down the hill, carefully nudging it round hillocks and over tough grass - off to stash it somewhere for a quiet meal later. I've noticed that the stoats in my garden are particularly playful. They actually climb onto the cabbage netting in the vegetable patch and bounce like kids on a trampoline.

I wondered if one would attempt to roll an egg over the unsteady surface so I set up my camera to watch. Sure enough it approached the egg and confidently began to nose it ahead of itself. Watch how the stoat manoeuvres the large hen's egg in and out of the rolling depressions made by its weight on the wobbly cabbage netting.

Posted by Unknown at 12:02 PM No comments: Links to this post

Email ThisBlogThis!Share to TwitterShare to FacebookShare to Pinterest
Labels: a stoat rolling an egg over a trampoline., an egg-rolling stoat, Easter traditions, egg rolling 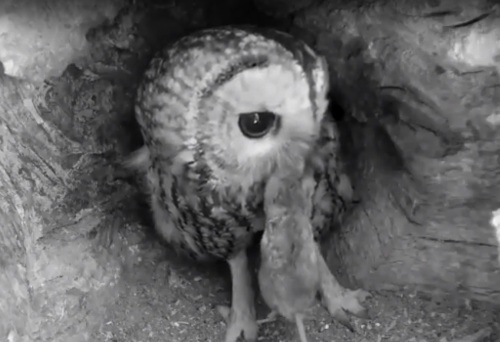 This female tawny owl is being particularly fussy. The male wants her to nest in a particular nest box close to where I have been leaving food out for it. It suits the male to choose this box to nest in as he knows there will be a constant supply of food here and it suits me as I have hidden cameras in the box so that I can watch what happens once the eggs are laid and chicks hatched.

But so far she won't comply.  Every night for the last month or so the male has perched outside this box calling out in a gentle ocarina trill, the continuous cooing sound made by males to attract females, but she has ignored him.

I finally caught the moment when she deigned to have a look round on camera. She flies into the box carrying a woodmouse, which I suspect is an offering from the male and appears to glance round briefly before tucking into the mouse.

But she doesn't get stuck in. Instead she leaves the mouse, gives the nest box a second brief inspection, spinning her head round to size up its possibilities, and then leaves. 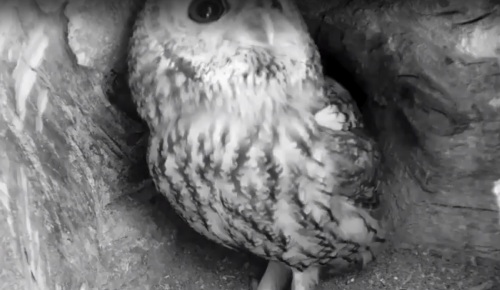 This doesn't look too hopeful! She's being very fussy and I've noticed she keeps going in to other nest boxes in the area as if she's trying to say, "Look this one's much better," He's been very patient!


Posted by Unknown at 1:38 PM No comments: Links to this post

A Robin with Expensive Tastes

The robins have been trying to nest in the spare wheel of my Landcruiser - again! 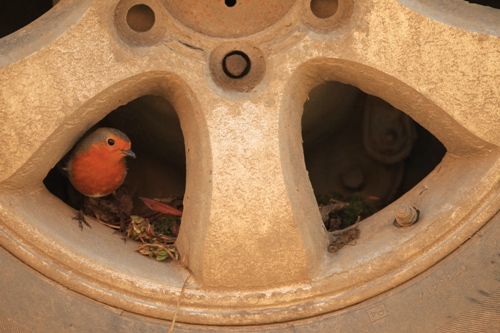 I spent some weeks last year trying to deter a pair from the vehicle - even driving it 40m away to the car park outside my gallery, but the robins kept finding it and carrying on with their construction! Eventually they stopped - only to then adopt the grill of the Landrover! 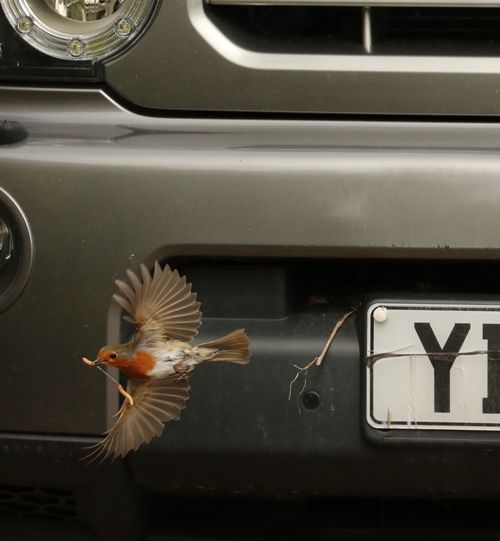 I ended up grounding the vehicle for the entire nesting period, which in total was 38 days. It occurred to me after watching them stuff the front grill with leaves and moss, that these robins had probably adopted the most expensive nest box ever!

Still it was quite rewarding to then see the young chicks fledge from under the grill. It was quite amusing watching them neatly tucked away under the shelter of the car. The adult pair sat on the eggs for 17 days. It was difficult to see if any chicks had hatched as they were so tucked away inside the car. But one day the adults started following me around the garden until I put more food for them. I knew this was a sign that the chicks had hatched as they needed extra food to feed their young.

But whilst I enjoyed watching them, I need to be able to use my cars and can't really afford to turn them into nest boxes. So this year I was ready. As soon as I saw some interest in the back tyre of the Landcruiser I moved the vehicle and instead propped an old tyre onto the hedge next to where the Landcruiser had been parked. 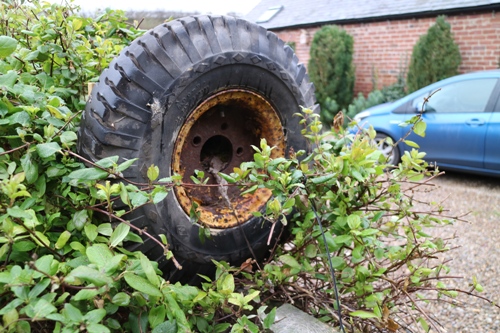 So far they seem to like the idea and the tyre has been filling up with nesting material. Robins are famous for choosing all kinds of unlikely locations to nest in and seem unafraid of raising their broods amidst human activity. I've had them nesting in an old kettle in the garden before and even an old boot.

This pair are so at home in my garden they have taken to perching on my wife's bicycle. I've stocked up on extra mealworms to offer them for once the eggs hatch! 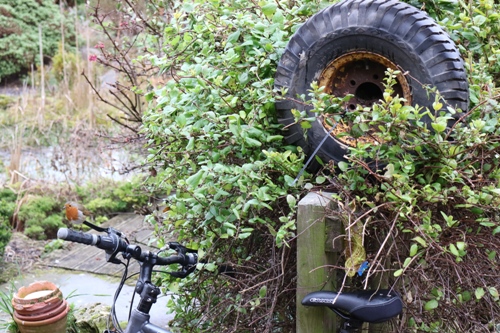