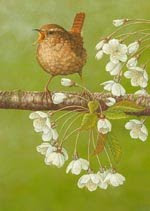 If you're hoping for a lie in on Sunday you'll have to think again. It's International Dawn Chorus Day and officially time to get up with the lark...and the blackbird, the wren, the blue tits, finches, sparrows and whatever else you find in your garden.
Wrap up warm though, the weather is set to be cold again over the weekend and is especially likely to be so at 5.30am which is when you need to be out to catch the beginning of this springtime phenomenon.
No one knows quite what prompts male birds to spring to action and begin loudly declaring their territorial boundaries before they've even had their breakfast, but there is some research lately that the dawn chorus is a little quieter than it has been after birds such as robins, confused by artificial light, were found to be staying up most nights instead singing under lampposts.
Listen out for the migrant birds, many of which have already arrived - I've noticed a lot more cuckoos than usual around at the moment.
Posted by Unknown at 11:43 AM No comments: Links to this post

Email ThisBlogThis!Share to TwitterShare to FacebookShare to Pinterest
Labels: International Dawn Chorus Day 2010; up with the lark

Exhibition to go ahead!

My back surgery was cancelled at the eleventh hour after I started feeling better! I was due to have the operation on Monday, but an MRI scan showed that the sequestered disc has shifted slightly and the surgeon decided that the operation was more risky than the status quo.
It's left me exhilarated - I was dreading the whole thing - and at last I can be confident that my summer exhibition can go ahead. At one point I had thought that I wouldn't be able to hold an exhibition at all this year. 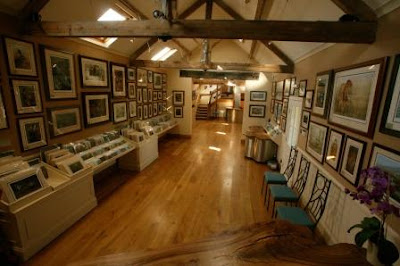 The exhibition will run from June 26th to July 11th and will be open everyday between 11am and 4.30pm. In celebration of the fact that 2010 is the UN Year of Biodiversity, I'll be teaming up with a number of local wildlife experts and venues to open up the event as a 'wildlife festival'. There will be falconry displays, nature walks and much much more - so put the dates in your diary!
Posted by Unknown at 11:44 AM No comments: Links to this post 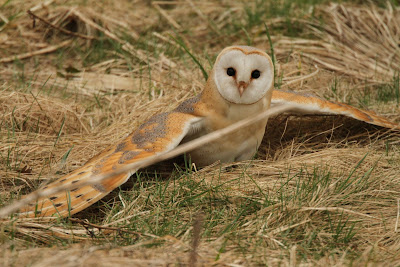 I've been watching this barn owl in Millington pastures recently and this week captured it just as it came in to land. 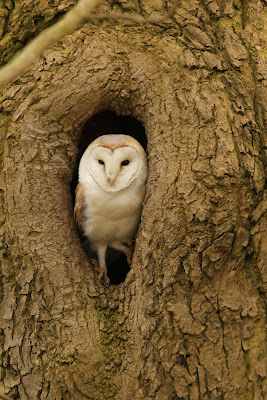 It's been having a bit of a time of it lately as a kestrel has been pinching its food!
Posted by Unknown at 1:26 PM No comments: Links to this post 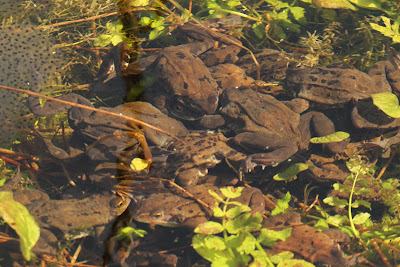 My pond is now full of tadpoles despite a bit of a false start. The frogs all came about a month ago but then the pond froze over, so it's good to know they are now back.
Posted by Unknown at 10:03 AM No comments: Links to this post

It's been a busy springtime on the Yorkshire Wolds and the fields are a-run with hares boxing. 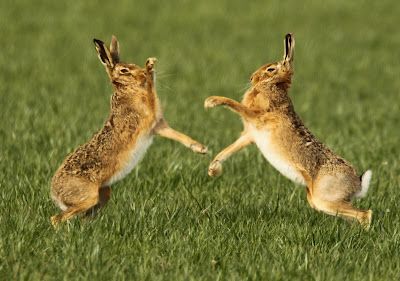 I've been photographing them in a field near Little Givendale where there are about 35 hares and after a seven hour stint one day, I got this shot just as I was about to drive home. 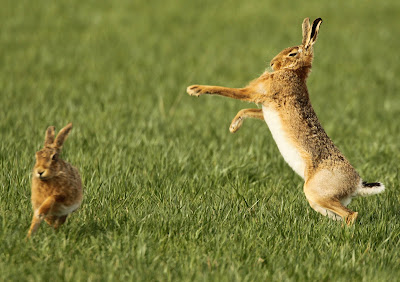 It was quite a fierce session and this one clearly got hurt, it hobbled away with a badly injured foreleg.
Posted by Unknown at 10:29 AM 2 comments: Links to this post

After a harsh winter, spring got off to a late start this year and I spotted these pheasants still sparring for territory this week. 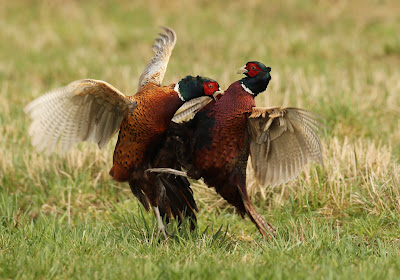 After taking this photograph of them I was quite amused to then watch the winner let off the customary 'croak' and flap his wings in victory. 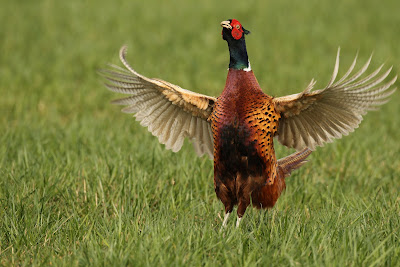 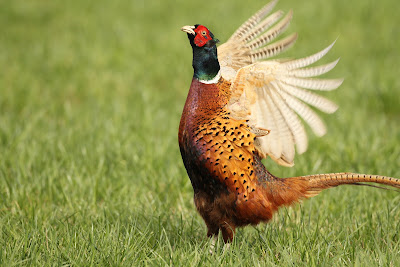 Posted by Unknown at 2:06 PM 2 comments: Links to this post

During my visit to New Zealand last month I was struck by how similar the countryside and its wildlife was to that of this country.
It seemed to me that I had travelled 11,500 miles to find the same goldfinches and blackbirds that visit my garden in Thixendale.
I've since done quite a bit of research on the proliferation of British native wildlife in New Zealand and found out that in the 1800s British settlers brought everything from song thrushes to red deer with them. They did so for a variety of reasons, including the desire to make their new land look more like home.

To read more about what I found out please follow these links to my latest columns in The Yorkshire Post and The Gazette & Herald.

Posted by Unknown at 10:56 AM No comments: Links to this post