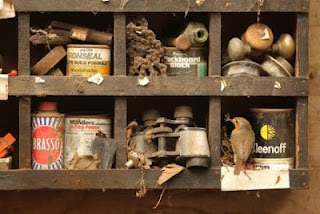 I photographed this robin nesting in my friend Nick Coates' wood shed. Birds like his shed despite the fact that it is very busy and noisy. 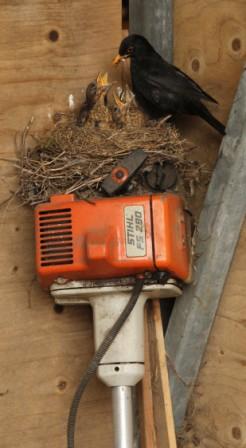 In fact his workshop is a haven for all sorts of nesting birds, including this blackbird which chose to raise her brood on top of a strimmer and this mistle thrush pair nesting in the guttering. 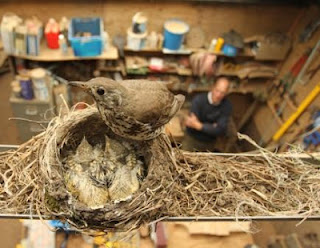 Nick is a keen birdwatcher and these birds will put up with any amount of noisy machinery knowing they are safe from predators if they stay close to him.
Click here to read my latest column in the Yorkshire Post on the unusual nesting spots in Nick's workshop.
Posted by Unknown at 11:41 AM 3 comments: Links to this post

My exhibition opens today and runs until 10th June - so hope to see you at the gallery. See all the latest originals at http://www.robertefuller.com/acatalog/Originals.html
Posted by Unknown at 1:25 PM No comments: Links to this post

I am very proud to have received this glass badger from the Badger Trust - but somewhat humbled to have been presented it by Jean Thorpe, the Badger Trust's Ryedale representative, who does more anyone I know to protect badgers. 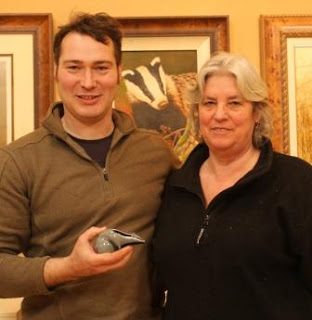 I was awarded it for providing evidence in court last year that helped to convict a gang of badger baiters.But my actions pale in significance compared to the work that Jean Thorpe does every day to protect these shy wild creatures.
Posted by Unknown at 2:35 PM No comments: Links to this post 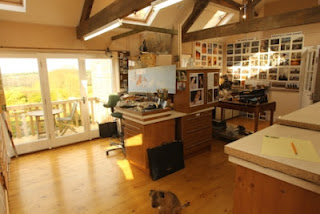 My new studio is just about finished. There are still workmen stomping through but I've begun painting in it already -  even if the banging about sometimes jogs my paintbrush! 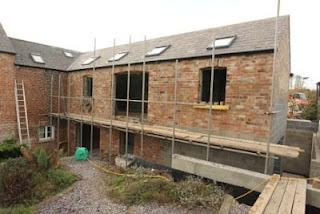 It's taken a year to complete but it's really taking shape now. Underneath there will be new offices.
The very best thing about it is the amount of light that now comes into the studio. 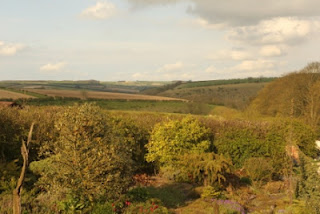 When I spotted a pair of little owls inspecting rabbit holes for their nesting potential in Thixendale, I decided to show them some other potential properties. 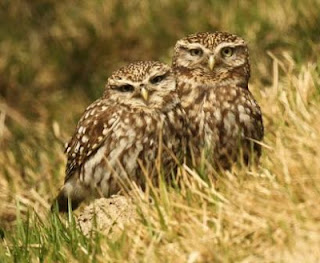 Little owls only use rabbit holes when there are no other available sites. But the valley they had chosen to nest in was once a popular haunt for little owls and there is a hole in an ash tree that is just small enough for them to fit in but not big enough for any predatory birds to follow. 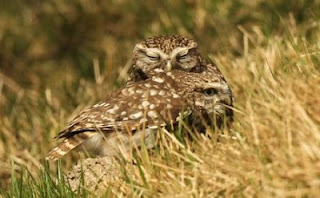 When I saw them begin preening and crooning above the rabbit hole they had seemed to have plumped for I couldn't help getting a ladder to see why they had rejected the ash. 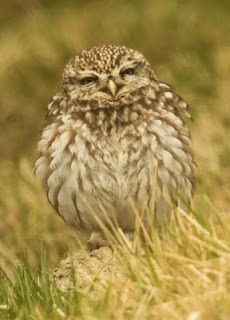 It turned out that the hole in the ash was completely blocked up with old leaves so I set about giving it a spring clean and then sat back to see if they could be persuaded to change their minds about the rabbit hole, which was very exposed.﻿﻿ 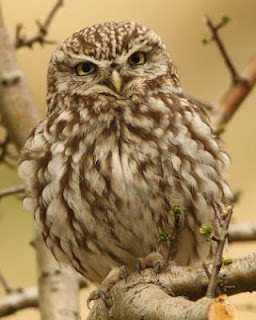 It wasn't long before the male spotted the newly cleaned out hole and called the female over to take a look for herself. She appeared to like it too because shortly afterwards they began to mate. 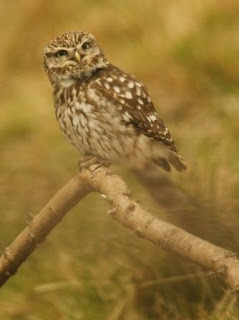 I spent the rest of that day watching and photographing this charming pair.﻿ 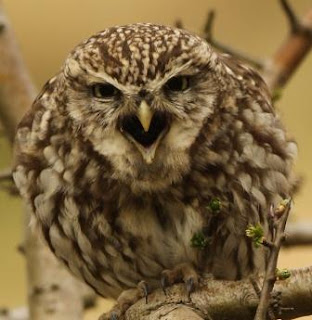 I caught this one on camera just as he coughed up a pellet. 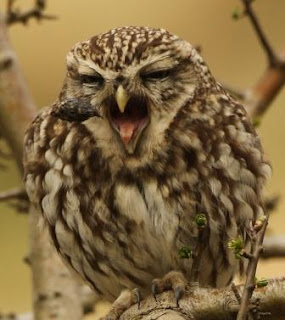 Up it comes!
Clike here to read my column in the Malton Gazette & Herald this month for the full story.
Posted by Unknown at 2:09 PM 3 comments: Links to this post