An area of outstanding beauty?

I was interviewed by Look North last week on whether the Yorkshire Wolds should be designated as an 'area of outstanding natural beauty'. 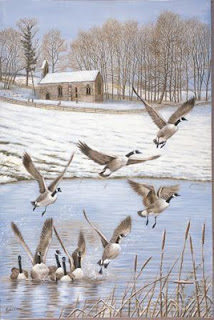 I told them about the wealth of wildlife that can be found on the Wolds. 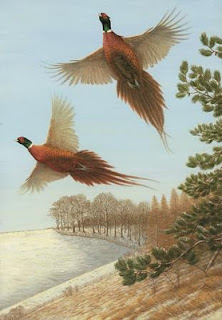 But it is an interesting concept isn't it? In my opinion there is no doubt that the Wolds are outstandingly beautiful. 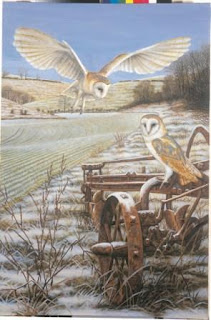 But if they are made into an area of outstanding natural beauty it will have implications on the people who live here.
For instance the planning laws will be much tighter. I have already had a battle trying to expand my business and I wonder if things would be even harder to effect change if this area became an area of outstanding natural beauty.
What do you think?
Posted by Unknown at 2:52 PM 2 comments: Links to this post

Do you like my new fine bone china mugs? There are nine in the new range made by the British manufacturers Hudsons of Stoke on Trent. 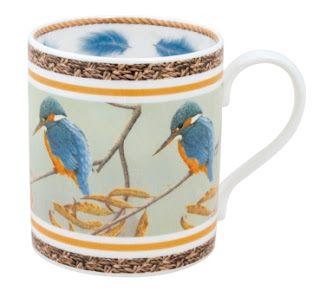 They feature some of my favourite images from best-selling paintings. 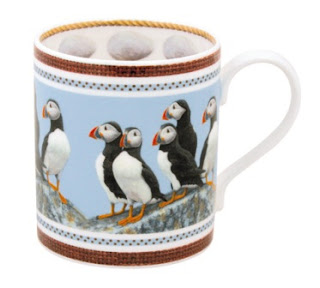 They come individually gift boxed and you can buy them from March from my website for £12.95 each. 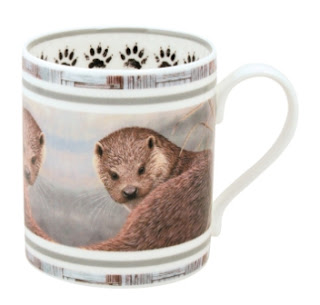 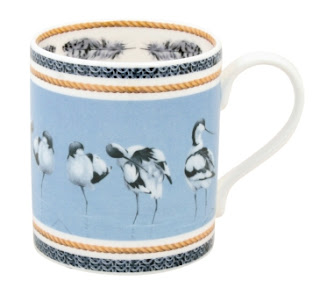 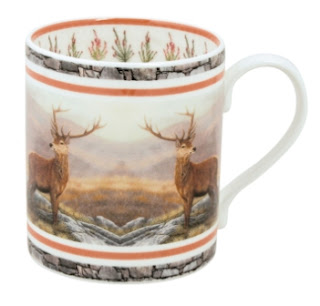 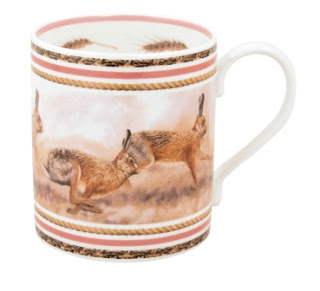 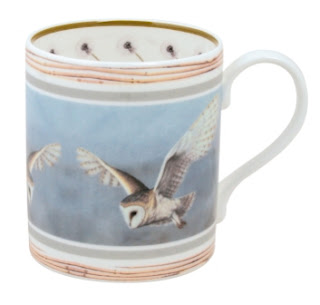 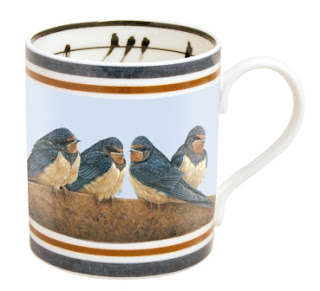 They will be ready in March, just in time for Mother's Day. I think they make great gifts - afterall it's nice to sit down to a cup of coffee and look at a favourite! 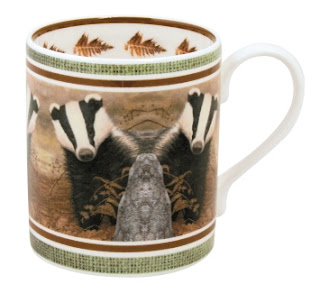 Posted by Unknown at 1:45 PM 2 comments: Links to this post


There was a very good piece in  The Yorkshire Post last week on how police nationwide are struggling to tackle badger baiting, which has continued unabated despite being outlawed in 1835.
But the response of the North Yorkshire force to my call the day I spotted badger baiters in the act was prompt and efficient and in the trial that followed the judge praised the local force for their"expidicuous" reaction.
She singled out PC Stephenson, who led the investigation, for particular praise and I would like to add that if it hadn't been for his determination to see the perpetrators put on trial this case might have ended up as yet another failed prosecution.
As it was four men were imprisoned for badger baiting last week in what has become a landmark case in the history of wildlife crime.
The Yorkshire Post also told my story of catching the badger baiters in red-handed. Click on the highlighted words to read it.
Posted by Unknown at 1:52 PM 1 comment: Links to this post

Badger Baiters are sent to prison

Four men were sent to prison for four months for badger baiting at Scarborough Magistrates Court yesterday. Sentencing them, the judge said that people in Yorkshire would not tolerate such "abhorrent" and "barbaric" behaviour. 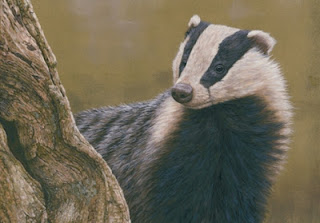 I have photographed badgers for years for my paintings and it was because I know these wonderful animals so well that I knew I had to investigate when, one sunny day last January, I heard a pack of dogs barking incessently. When I reached the scene I saw eight men, some of them armed with shot guns, and 13 dogs torturing a badger. It was broad daylight close to a public path, and some of the men were laughing. Two of the dogs were tearing and ripping at a badger, which hung suspended between them like a rag doll in a grotesque game of tug-of-war. 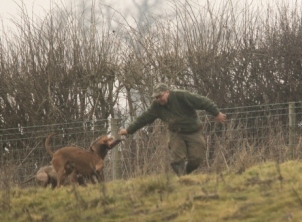 I took out my camera and photographed them and the photographs were used as evidence in the trial that followed.
The story was picked up by journalists from across the country and even got a mention on the BBC World Service. But most of the newspapers shied away from publishing the photographs.
I've decided, in the interests of letting the world know that this medieval sport is still alive and kicking, to publish them here. Some of the images are quite upsetting. 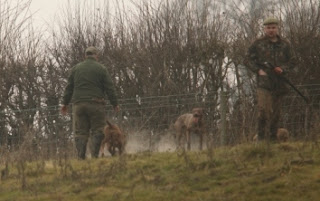 I took this photograph shortly after the men shot the badger that the dogs had been tearing apart. You can still see the smoke in the air. 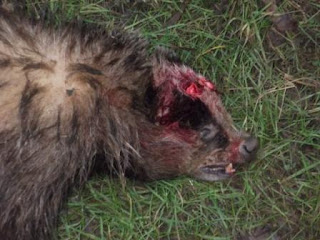 This was the badger the police found at the scene after the men had been apprehended. 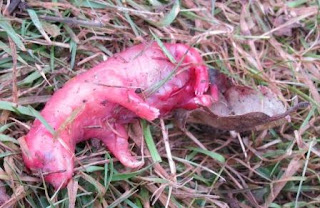 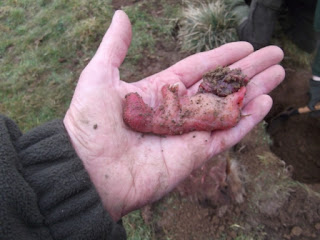 Three tiny, still pink, foetuses, and a torn-off badger's tail were also found lying on the grass nearby. Realising that the carcass of the badger we had found was not pregnant, we knew that there had been more than one badger killed that day. 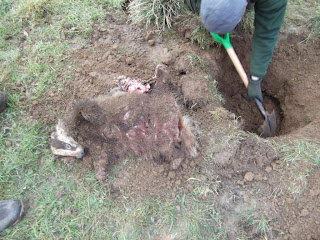 We then discovered this hole, which had been hastily covered over with turf. Inside was a disemboweled badger sow. She had been pregnant with the three young foetuses.
It turned out that the men had sent a terrier fitted with a locator collar into the badger sett and this dog had conered the badger in its sleeping chamber. They had then known where to dig down to get the badger out of its sett and force it to fight the dogs.
What those men did was truly horrific. 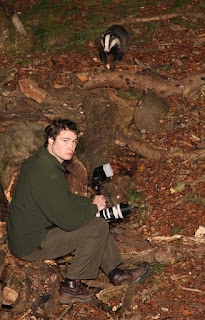 Click on the words in blue to read the coverage in the national press. Judge condemns badger baiters The Daily Mail; badger baiters jailed after dogs tore apart badger The Mirror; Barbaric gang jailed for badger baiting, The Guardian
Posted by Unknown at 2:44 PM 5 comments: Links to this post

The trial of a horrific case of badger baiting which I was witness to comes to an end tomorrow. Seven men will be sentenced by a judge at Scarborough Magistrates' Court. 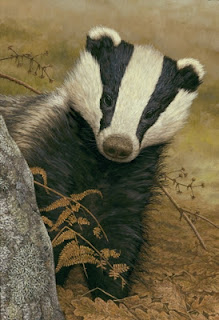 Click on the words highlighted in bold to read an article in  The Guardian on badger baiting  and learn how this atrocious practise still goes on.
Posted by Unknown at 1:54 PM 5 comments: Links to this post