Look out for osprey

Now's the time to look out for osprey. These magnificent birds often stop off at lakes or ponds in this area as they make the 3,600 mile journey to West Africa. The first time I saw one hunt was truly breathtaking.
Click here to read about it in my Gazette & Herald column this month.
Posted by Unknown at 11:00 AM No comments: 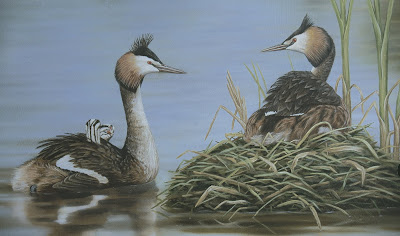 Bit of a shock to learn on my return from Kenya that one of my places to photograph wildlife has been turned into a golfing range.
The NEC in Birmingham is a suprising place to find wildlife and yet it is teeming with wildlife delights. Some of my paintings of long tailed tits and great crested grebes originated from sightings there.
I was so cross I contacted a local newspaper in Birmingham. Click here to read the link to read the story.
Posted by Unknown at 10:00 AM 1 comment:

Time to turn the focus back on Yorkshire and to working some of the images I gathered in Kenya into my next set of paintings. I'll leave you with some iconic images from the Masai Mara. 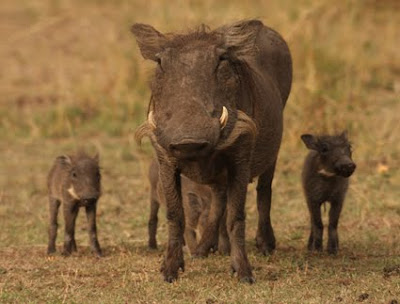 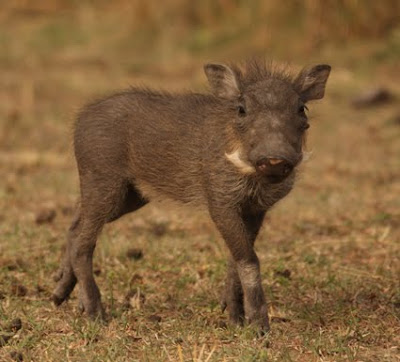 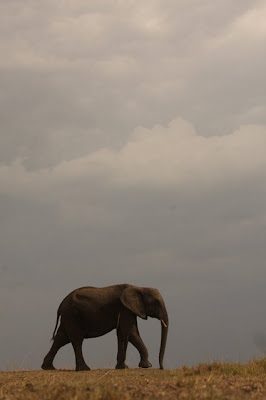 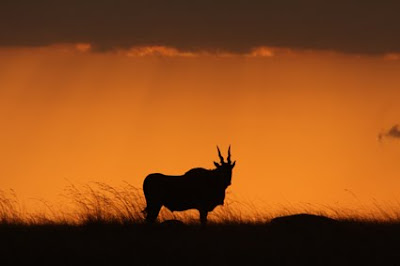 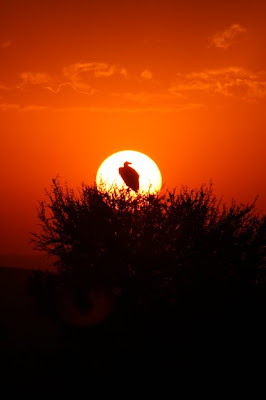 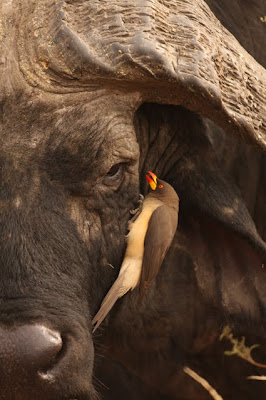 Nature's sanitation squad: yellow-billed oxpeckers feed on ticks on buffalo. It is amazing how these normally aggressive beasts tolerate the birds, as they do get into some awkward places. 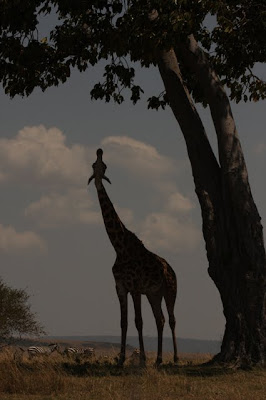 If only.....Sometimes being granted the longest neck of all just isn't quite good enough.
Posted by Unknown at 10:49 AM No comments: 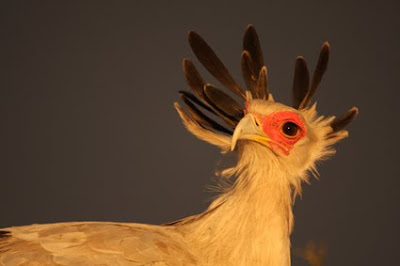 Secretary birds are said to be named for their crest of long quill-like feathers, which make them look like a 19th century secretary with quill pens behind his ear. Although I have heard that the name is a French corruption of the Arabic 'saqr-et-tair', which means 'hunter bird'.
I photographed this male as he was courting. I like the way the gathering storm clouds behind set off his white feathers.
Posted by Unknown at 1:12 PM No comments: 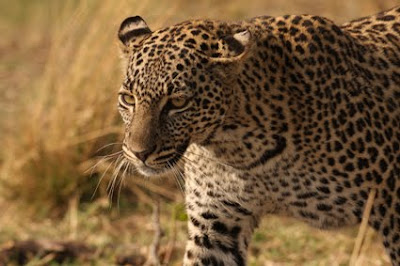 Leopards are always impressive and this one is no exception. During the trip I was lucky enough to see some four week old leopard cubs too, but unfortunately I didn't get any photographs as it was too dark.
Posted by Unknown at 11:31 AM No comments:

Watch out, lion coming through! 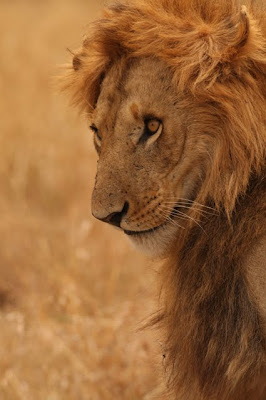 Of course, what most people come to see when they travel to the Mara are the lions. As the wildebeest, zebra and other game come through, these kings of the savannah are out in force.
I got particularly close to a pride this year after there was a kill just behind our camp.
It turned out that the pride had killed in another pride's territory and the next morning there was a vicious chase right through the middle of our camp as two males saw off a group of 10, including a number of very young males.
This beautiful adult male, whom we dubbed Eric the Red, shot right past my tent in hot pursuit of the invaders. 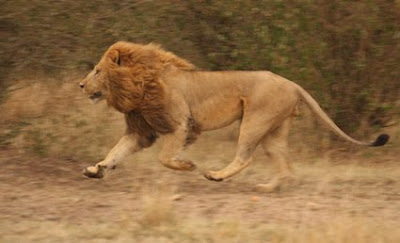 There was a huge commotion amongst the staff at the camp as they shouted and banged saucepans loudly in an effort to 'shoo' the lions out. Two Masai warriors, paid to 'guard' us, set off after the lions, armed with their spears.
Here are two of the invading pride that got separated from the others in the fray. Thankfully the pride managed to regroup by the end of the day. The younger lions would have certainly been killed by the older two had they not got away. 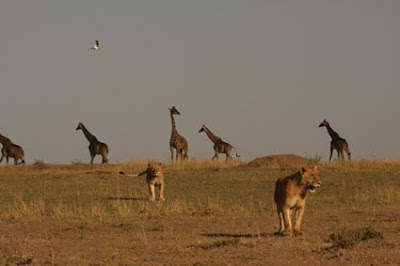 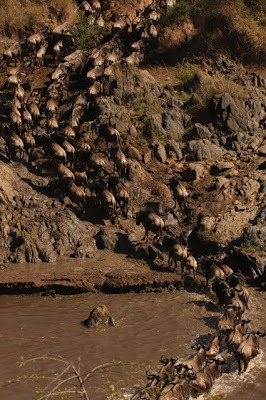 Today I got back from Kenya where I have been following the world's largest animal migration as it crosses the Masai Mara. Each year more than 1.4 million wildebeest and 200,000 zebra and gazelle, relentlessly tracked by Africa’s great predators, migrate in a clockwise fashion over 1,800 miles in search of rain-ripened grass. 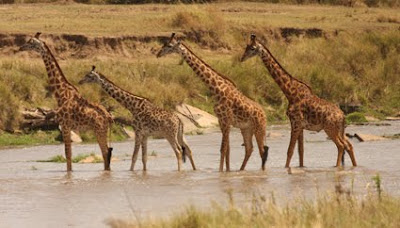 This year the drought was so bad that I even spotted giraffe negotiating the Mara river. Giraffe very rarely brave rivers, their legs are so gangly they could easily slip and never recover. It took this lot almost half an hour to cross this shallow section of the river. It was tense watching them as they stepped gingerly across, carefully feeling with each foot before taking a step.
Posted by Unknown at 1:51 PM 6 comments: 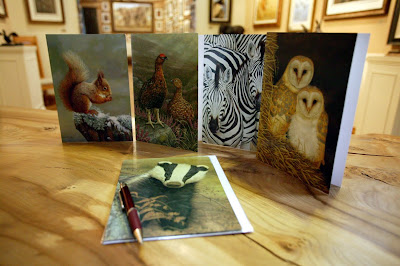 Whilst Robert's away he's asked me to keep you abreast of gallery news. So as he stalks lions across the savannah, I've been in bonny Birmingham running a trade stall at this season's leading retail home and gift exhibition.
Autumn Fair International is held at the Birmingham NEC centre and is attended by buyers from around the country stocking up for the Christmas rush - the perfect place to exhibit the greeting cards and prints we publish from Robert's paintings.
It was very busy and I was rushed off my feet the entire time, evidence of an economic recovery if ever there was one.
It is also a great place to meet so many of our customers and a chance to thank them all for their continuing support.
Victoria Fuller.
Posted by Unknown at 2:29 PM No comments:

Sorry I've been a bit quiet on the blog front of late. The reason is that I'm IN THE MASAI MARA! It's one of my favourite places in the world and I'm here taking photographs of the migration. This is the first computer I've managed to get to and boy is the connection slow. So I'll fill you in with all my sightings when I get back to the UK next week.
Posted by Unknown at 2:24 PM No comments: