As the swallows began gathering along telephone wires in preparation for their long journey back to Africa this month, I got worried that two late broods here at my house in Thixendale would not fledge in time for the off. 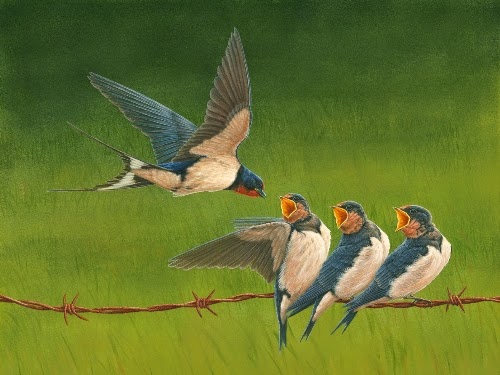 Every year a pair of swallows breeds in an artificial nest that I put up for them in my front porch. I had heard the male singing to a female from my studio on a spring day warm enough to prop the door open and had even seen him perching on the TV aerial of our house chirruping cheerfully. But for some reason, they chose not to nest here. I was so disappointed. 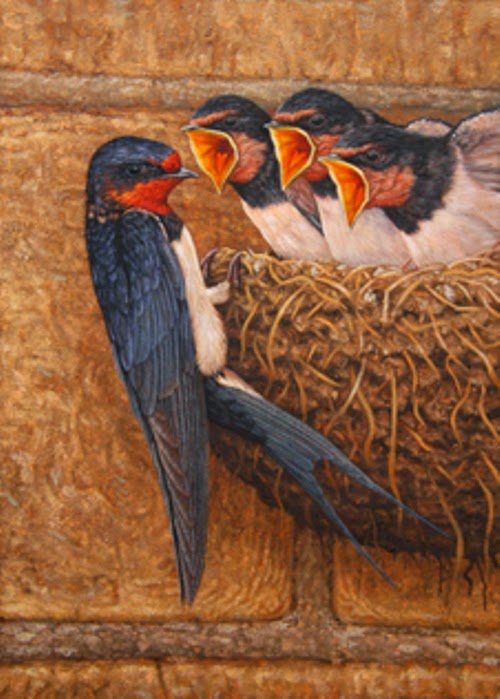 But I was delighted when I got back from holiday at the beginning of August to see a swallow flying out of my front porch. A pair had come here in my absence. They had probably had a first brood elsewhere and were now going for a second brood in the artificial nest. 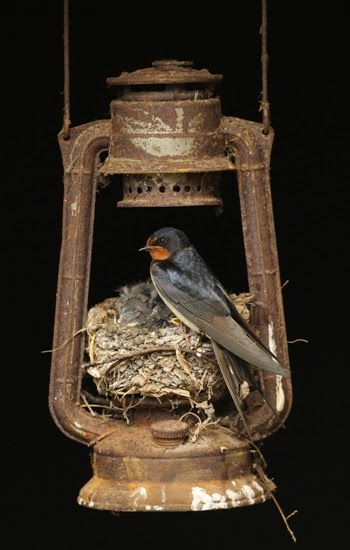 A few days later I noticed a swallow whizzing in and out of our log store at the back of the house. I went out to investigate and discovered a second pair of swallows was nesting there.


This was a stroke of luck because this nest was extra special. It was nestled in an old storm lamp I had hung up earlier in the hope that a pair of swallows would use it. 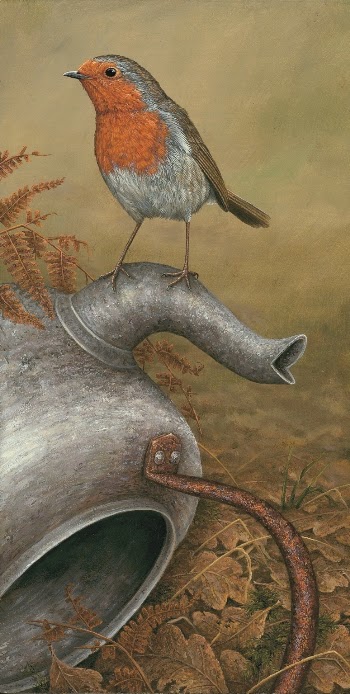 I often place nesting props in my garden at Fotherdale Farm because if birds do use them they make for perfect backdrops for my paintings. In the past I managed to persuade a robin to nest in an old kettle and I have had wagtails nest in an old boot I left for them.
This pair had inadvertently signed up for a new modelling contract with me. I set about putting up a hide so that I could watch and photograph them up close. 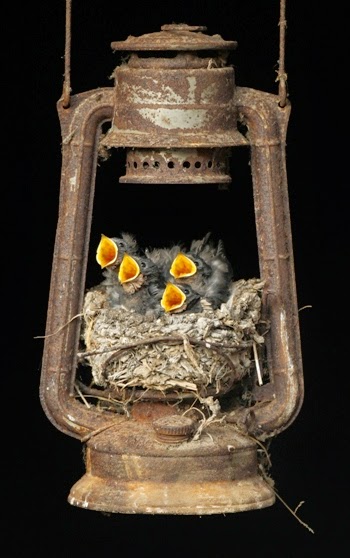 A week later four tiny chicks hatched and they started to grow fast. They needed to, the weather had turned and there was now a distinct autumnal feel in the air. Meanwhile I noticed more and more swallows gathering on the electric lines outside the gallery, getting ready to migrate.
I couldn’t help but worry whether these chicks would make it and almost willed them to grow. It was fascinating to see the parents whoosh in to feed them and at the same time see all the chicks spring up out of the nest, opening their beaks wide with their bright orange gapes exposed as each called frantically to be the first to be fed. 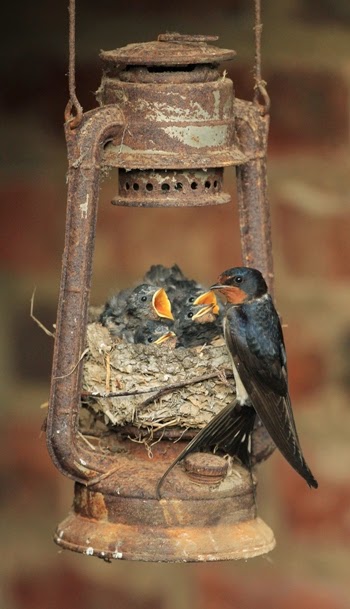 The parents would be in with food every few minutes, despite the fact that the weather had become very windy with heavy showers. I watched as they grew their feathers and shedding their down and beginning to look more like swallows as they did so.

I watched the weather forecast carefully too. Fortunately a ridge of high pressure was on its way at the beginning of September just when the chicks began stretching and flapping their wings as they got ready for their first flight.
The parents were on high alert now, knowing that their still-vulnerable chicks could fledge at any time. 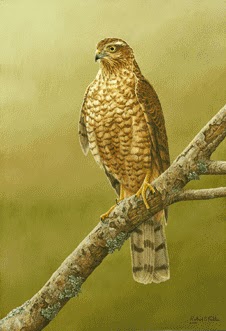 One day a sparrowhawk zoomed into the garden on the looked for a meal. As it chased the sparrows around the bushes, I heard the parent swallows calling out sharp warnings to their chicks.
I saw the chicks respond, all hunkering down into their nest and remaining motionless. The adult pair mobbed the sparrowhawk and through the sheer force of their fury chased out of the garden and down the adjacent field.

As they rounded the corner to the front of the house they were joined by the second pair of swallows whose nest was on the back porch and all four birds saw this lethal bird of prey off together. It was quite extraordinary.
The chicks have now fledged, although they still come back to the nest at night, but as more and more swallows gather on the TV aerial and the wires around the house, I think they will be ready to join them when they all take flight and begin their long journey back to the southern hemisphere.

As they undertake this remarkable journey, I will be sitting down to capture their earliest days in paint.